The recently completed BFS for the Epanko Graphite Project has returned positive results, with a pre-tax NPV of US$197m, with an expected capital outlay of US$77m. A key to the project is the quality of the graphite concentrate - test work indicates the production of a low contaminant, dominantly large flake concentrate suitable for most applications, including production of the value added expanded and spherical forms. The quality is superior to that of most other ASX-listed graphite hopefuls, and this has been backed up by the signing of key offtake agreements with European parties for 75% of the planned initial 40,000tpa production. The Merelani-Arusha Graphite Project in Northern Tanzania is also a potential company-maker in its own right, with metallurgical testwork returning excellent results that are comparable to Epanko and a JORC-complaint resource with considerable upside. Kibaran is an ASX-listed graphite explorer and developer, concentrating efforts in Tanzania. The key project is the Epanko Graphite Project, located in southern Tanzania. With the completion of the BFS, and offtake agreements in place, the Company is now looking towards financing and development. The second project, Merelani-Arusha, is located adjacent to the previously operated Merelani Graphite Mine. This is viewed as a potential second mine, with the Company now to commence a Pre-Feasibility Study (“PFS”). Kibaran is also actively investigating the opportunity for value add operations in Dar es Salaam, including the production of spherical and expanded graphite to supply the expected increased demand for these products, and to provide an alternative source to the current largely Chinese production. Kibaran’s Projects include three graphite and one nickel project, all 100% held and located in Tanzania, a politically stable and relatively mining friendly country. Activities are currently focussed on the advanced Epanko Graphite Project. Following granting of a Mining Licence, completion of a positive BFS and having offtake agreements for 75% of production, the Company is now looking to finance and develop… Download the report for more information. 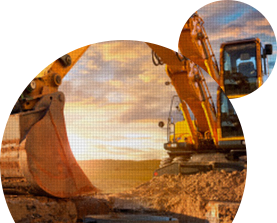